When I was at BYU, people would whisper about the super top secret tunnels that run under campus. Legend has it, they’re used for everything from storing dinosaur bones to sneaking VIPs in and out of the Marriot Center to operating a caffeinated beverage smuggling ring. From my earliest days as a little freshman, I was bound and determined to visit these tunnels and discover the truth for myself.

And then I did.

I visited the tunnels during my final semester, when I took a facility management course taught by the guy who manages all of the sporting venues at BYU. When he announced our proposed visit, I made a paper chain to count down the days.

Whatever. Don’t judge me.

The day finally arrived, and we ventured down into the depths beneath campus. What wonders awaited us there! What treasures were to be had! I was desperate to bring home some souvenir of my foray to prove to my friends that I had, in fact, witnessed the legendary tunnels with my own eyes. A cola drink, perhaps, or a T-Rex tibia. The possibilities were endless.

And then we discovered the truth: the tunnels are used to run heating and cooling lines to some of the buildings.

Well, okay, there were also some windows overlooking the diving pool in the Robinson Building, where you could stand and watch the swim team practice.

While the BYU tunnels were decidedly underwhelming, I still have a thing for secret underground tunnels. I love them. Give me a choice between exploring a tunnel and doing something else, and I will choose exploring the tunnel before you’ve even told me what the second option is.

Is that weird? Maybe. Whatever. Don’t judge me.

So when I needed an adventure to give my brain a break from the four big projects I had due last week, I opted for a visit to the Victoria Tunnel, which runs for 2 miles underneath the city of Newcastle, completely ignored by most of the people above ground.

In fact, as we started our journey in Ouseburn, I never would have guessed there was a tunnel running right under our feet.

Victoria Tunnel was built in the mid 1800s to transport coal from a colliery in Spital Tongues to the River Tyne. It was closed in the 1860s and remained unused until the outbreak of World War II, when Newcastle was bombed 250 times.

And most people didn’t have the space to build air raid shelters, so the city opened up the abandoned tunnel and turned it into a shelter that provided safety for 9000 people.

As our little group trudged down the long, dark tunnel, it wasn’t difficult to imagine that I was back in the 1940s. The sound of our footsteps echoing off the walls and ceiling matched the cadence of the weary hordes who descended into the darkness, never quite sure what would await them when they left again. The ever-present dampness sank into my bones. And after two hours, I was definitely ready to get back to the surface. I can’t even fathom being stuck down there for hours or even days–it’s enough to drive a person mad.

As we walked back to the parking lot, the color and character of Ouseburn was a strange contrast to the darkness and dampness and dismal greyness of the world below. It made me ever so grateful that I don’t have to remain constantly vigilant, listening for the ear-splitting siren that warns of impending disaster. I know there are still scary things that happen, but relatively speaking, we’ve got it pretty good in this part of the world.

And like a tunnel hidden under our feet, that fact is far too easy to forget.

If you live in or visit the Newcastle area, I highly recommend signing up for a tour. It is well worth the time. 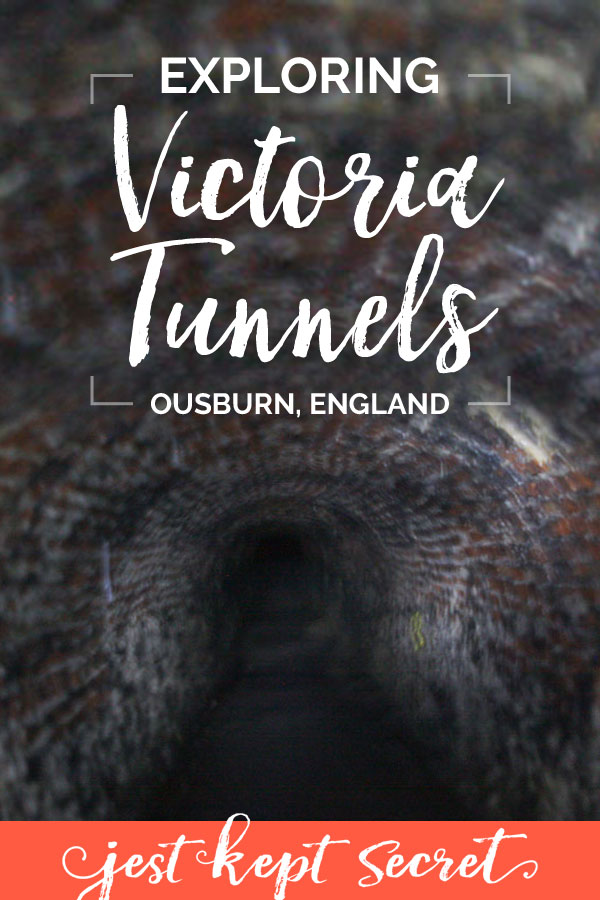