When I left Newcastle, the one thing that made it bearable was the fact that the plane I was on was bound not for the US, but for Dublin. And there, waiting in Terminal 2 of the Dublin Airport, was one of my very favorite people in the entire world: Leslie!!

I met Leslie at Philmont, and we’ve been close friends ever since. When the prospect of studying in England became a reality, I knew that I would want to do some traveling after I finished school and asked if she’d like to join me. So it was that the first day of September was also the first day of our grand adventure, which we affectionately named “Jeslie Does Europe.” Forty days and ten countries, and it all started in the Dublin Airport—and for Leslie, it started quite a bit earlier than it did for me. Her flight got in just after 5am, but mine didn’t arrive until noon.

Leslie: My overnight flight with Aer Lingus was great. Dinner and breakfast were included. Staff was all courteous and kind and personable, chatting with passengers outside of just their work duties. I would definitely recommend their company.

The Dublin airport is WAY quieter if you stay in the baggage claim area. I had hours to wait, so I found a quiet corner in baggage claim and slept on some hard, uncomfortable benches during that time. I chose to stay in baggage claim because it gets noisy for about half an hour when a flight arrives, but then it would be silent for like an hour and a half! Once I left baggage claim and waited in the main arrivals area it was hard to find seating, there were tons of people (partly because it wasn’t 5 am anymore, I’m sure, but there were significantly less people in baggage claim), and everyone’s voices echoed in the high ceiling-ed, open area.

Once we finally met up, we made our way out to the bus stop for the Airlink Express. Airlink runs a service from the airport to several stops in downtown Dublin for €6.00. We managed to get off at the right stop and found our hostel—after walking past it twice! Haha! We dropped off our stuff and headed off to explore the city.

Our hostel was in the colorful Temple District, famous for its art scene and bars. It was also a stone’s throw from the famous Ha’Penny Bridge. The bridge was built in 1816 by a ferry operator whose boats were in ill repair. Rather than fix his boats, he built a bridge across the River Liffey and charged each pedestrian a ha’penny (say “hay penny”) to cross.[1]

Leslie: I enjoyed walking around Dublin, even though we only explored a small section of the city. Walking along the river was fun, Ha’penny bridge was cute, and I liked just reading the names of the shops and people watching.

Dublin has more churches than any other place I’ve ever visited. We passed several, but spent the most time at two of them. The first was Christ’s Church Cathedral, which had a lovely arched bridge that passed across the road from the annex to the main sanctuary. Since it was so early in the game and we were on a tight budget, we decided not to pay to go inside, but it was an impressive structure even from without. 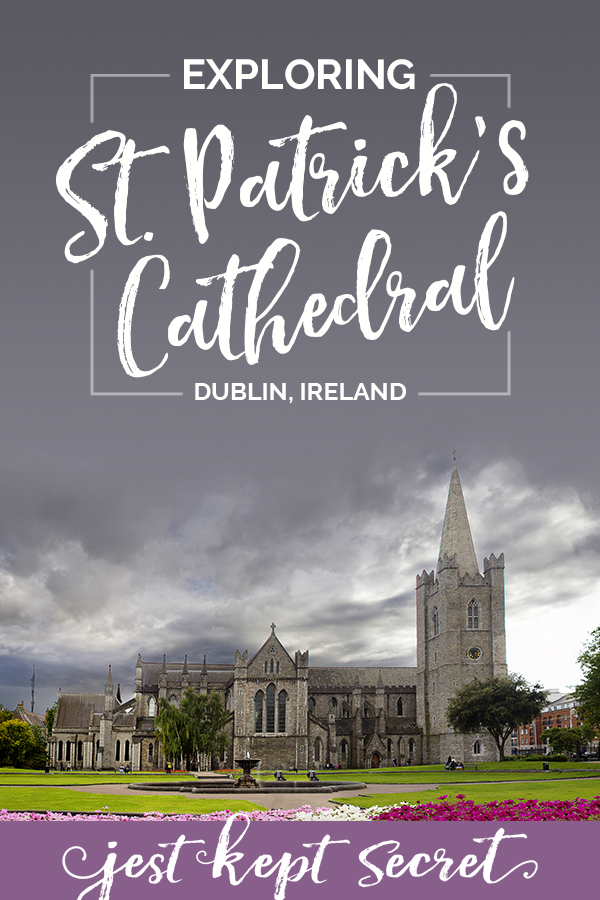 When we reached St. Patrick’s Cathedral, however, we thought, “Why not?” We went in prepared to pay the €5.00 student fare, but when we reached the till, the steward ushered us inside without letting us pay. They were preparing for a service, but they let us pop in for a quick peek. The choir was warming up, so we enjoyed the music while we tiptoed through the transept.

Leslie: Definitely loved that we got into St. Patrick’s Cathedral for free. Though we saw much more ornate cathedrals during our trip, it was cool to just be in the old buildings and get a feel for the city.

We called it an early night since Leslie had just completed a trans-Atlantic flight and I needed to work on my dissertation. Despite the fact that we really had less than a day to spend in Dublin, we definitely enjoyed our time and both felt like Dublin was a lovely city. + Great place full of lots of character and perfectly located for exploring Dublin. It was an easy walk from the bus stop, and close to everything we wanted to see. The live music was fun. The kitchen was small and breakfast was simple, but good enough for what we needed. The staff were very nice and helpful, and our one roommate (Chelsea from Australia) was really nice.

– It wasn’t very well marked and that made it difficult to find. It was quite loud at night, but too hot in the room to be able to shut the window.

Planning a trip to Ireland? Be sure to save this post for later! 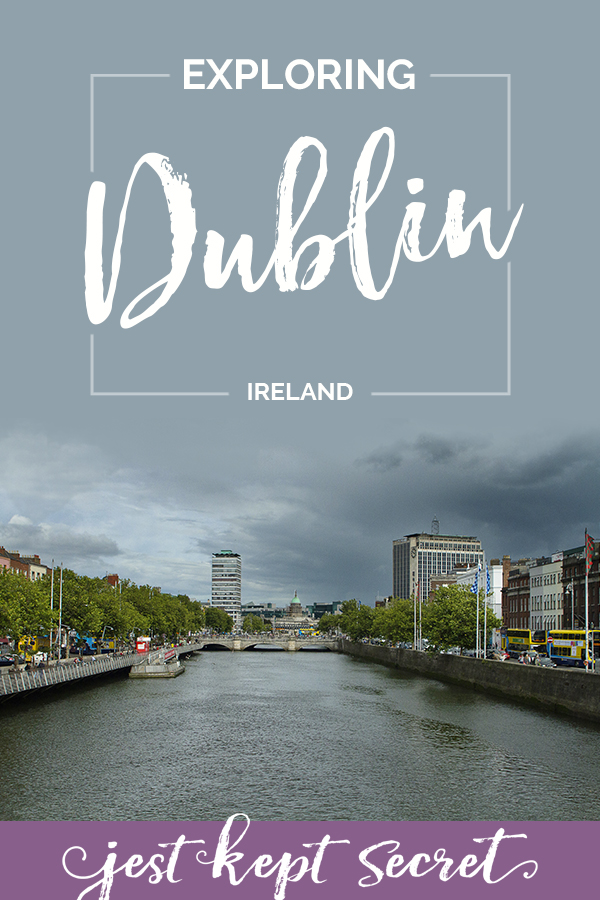 [1] Read more about the Ha’Penny Bridge on Wikipedia.

[2] The higher the number, the fewer the scam artists and pushy peddlers