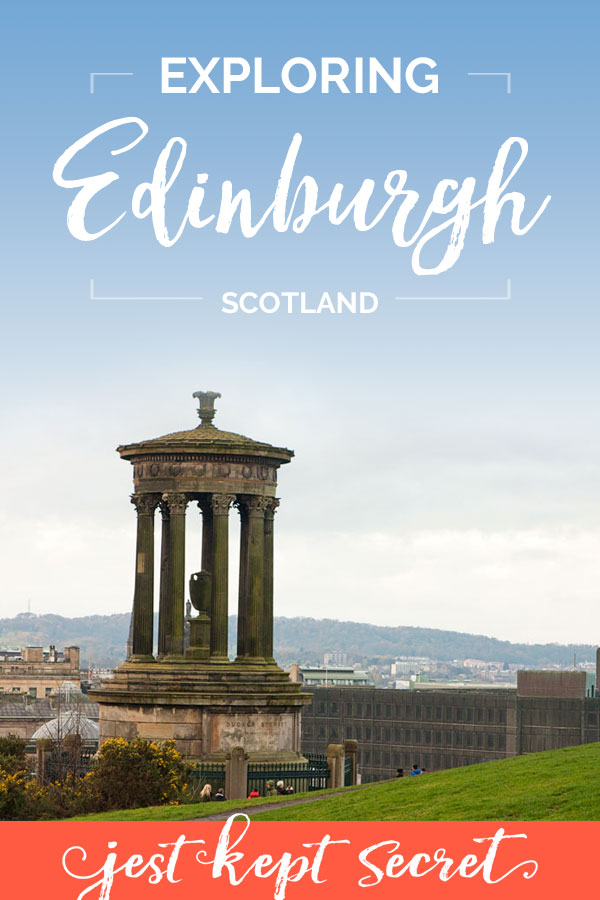 Before my heart was stolen away by Portugal, it had a fling with Edinburgh, Scotland. I mean, look at this place:

The uni puts on trips to various places during the school year, and this was one I absolutely had to go on. Apparently, everyone else thought the same thing, because the first time I tried to get tickets, they were sold out! They ended up adding a second and third bus, though, and I was lucky enough to snag a ticket. My flatmate Mo and my friend April also got to go, and I spent the day exploring with them and a new friend name Jiangnan.

Our first stop of the day was at an incredible old cemetery with walled plots and an unexpected statue of Abraham Lincoln.

Mo has a cousin who lives in Edinburgh, and she suggested that we meet her up at the top of Calton Hill. The hill offers an unparalleled view of the city and hosts a monument to Admiral Lord Nelson, who died at the Battle of Trafalgar in 1805. The top of this monument holds a “time ball”, which is dropped at 1 pm every day to signal to ships out at sea what time of day it is.

After hiking down the hill, we ventured into the city proper, where we passed the hotel where J.K. Rowling finished the Harry Potter series and heard a bagpiper. We followed her Gaelic droning through the city streets until we finally found her on a street corner near the Christmas market.

Unless your idea of “practical” is a wine bottle opener made out of dark chocolate, that is.

April, Jiangnan, and I wanted to go see the Edinburgh Castle, but Mo and her cousin had other plans. So we bid them fond farewell and made our way up another big hill to the Royal Mile. Along the way, we stumbled upon a beautiful building and paused to investigate. Turns out, it was the Edinburgh University School of Divinity, and it just might be my favorite discovery of the day. We didn’t stay very long (just popped into the courtyard for a peek, really), but the building was so lovely and peaceful and old. 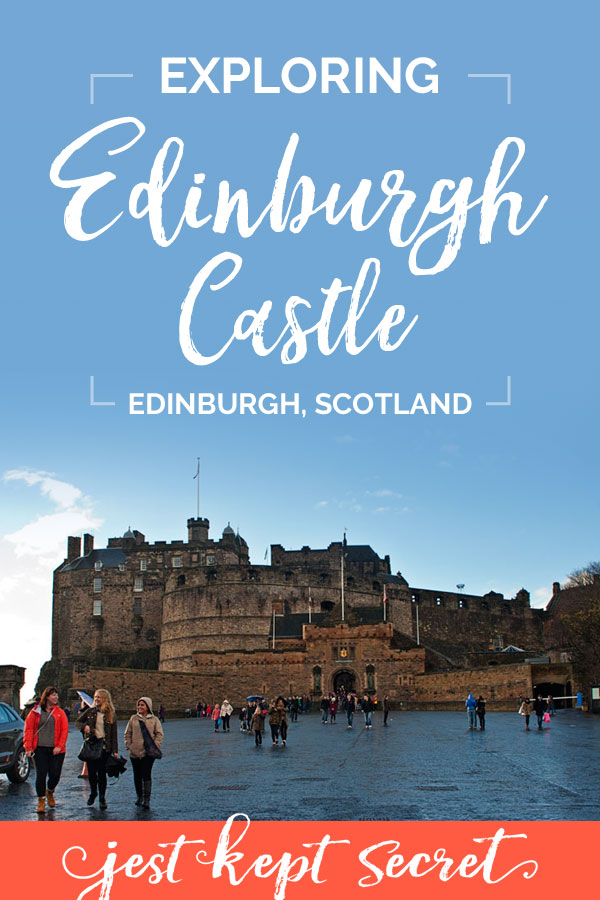 Edinburgh Castle was an amazing experience. We were a bit limited on time and had to rush through, which was a real shame. I feel like there was still so much to see. We did, however, see a cannon from the 15th century, walked the narrow castle walls, learned about the Honours of Scotland[1], and saw the room where Mary Queen of Scots became Queen when she was only 6 days old.

Edinburgh is a beautiful city. I definitely want to go back and spend more time exploring the area. I also feel like my wardrobe is severely lacking without any kilts to speak of, so I’ll at least have to go back to get one before I leave the country, right?

Planning a trip to Edinburgh? Save this pin to your travel board on Pinterest! Thank you! 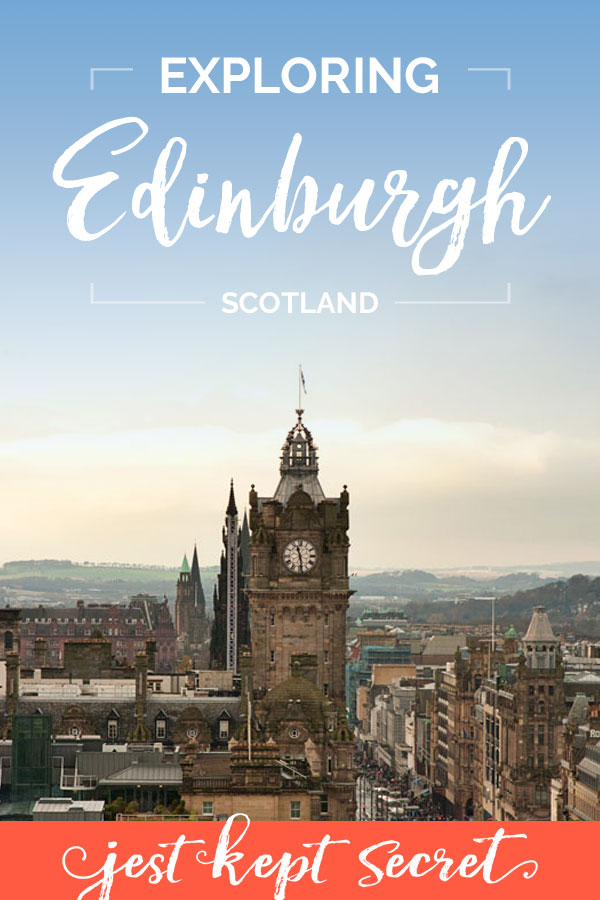 [1] The Honours consist of the Crown, Sword, and Scepter used for the coronation of Scottish Monarchs in the 15th and 16th century. The Honours were quite the bone of contention during this tumultuous period, and they mysteriously disappeared for 111 years. Turns out, they had been locked in a trunk inside a vault in Edinburgh Castle, and someone lost the keys. The Honours were rediscovered in 1818 by a group that included Sir Walter Scott. The Official Website of the British Monarchy has lots of interesting information if you’d like to know more.