By now, I don’t think it’s any secret that I have a soft spot in my heart for churches and cathedrals. So when I heard about York Minster waaaaay back at the beginning of the year, it earned itself a spot toward the top of my Must See list. When the student union organized a trip to York in February, I bought a ticket the second they were available.

One of the things I love about England is how easy it is to find your way around. The first time I took a trip with the student union and they kicked us off the bus without so much as a map, I was a little nervous that I’d get hopelessly lost and never find my way back. But the English believe in signposts and maps, so it’s always easy to figure out where you are and where you’re headed.

Even without those, though, it still would have been pretty easy to find the Minster—it’s so big, it pokes up above the rest of the city, and it’s easy enough to pick your way through the narrow, cobblestone streets of the Shambles until you get there. And when you arrive, don’t be surprised if you can’t get a picture of the whole thing because you can’t. It’s that big.

And then I went inside and fell in love. (I mean, not literally. Not like the last time.) The Minster is a Gothic cathedral home to some of the oldest and best-preserved stained glass in the world.

Honestly, as amazing as all that stained glass was, it was a bit overwhelming and difficult to see. It looked like a random hodgepodge of colors, and it was hard to pick out the figures and scenes that make stained glass so interesting to me.

But it was still beautiful, and the architecture was absolutely breathtaking. I also loved all the little details, like the key gates representing the keys of the Priesthood and the panels covered in embroidered animals.

The statues, however, were my favorite. They were so wildly expressive and posed in strangely sassy poses, and each one was really unique.

The Minster was just as amazing as I hoped it would be. It was the highlight of my trip to York, and it’s definitely worth a visit. I wish I had known that you can get a ticket to climb the Lantern Tower for a view of the city, but I didn’t find out until I was putting this post together. Guess I’ll just have to go back!

Read “York Part I: A Ramble Through the Shambles” here.

Have you been to the York Minster? 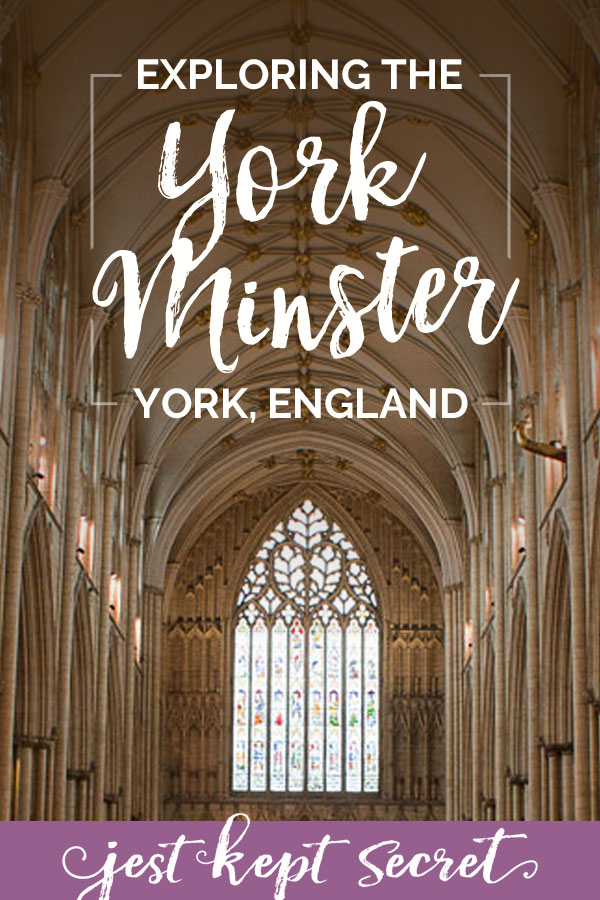