Rumbling Along the Wall

Even if nothing else were to happen this year to convince me that my current course of study is the right path for me, our History of Organic Farming lecture with Dr. Carlo Leifert would have been sufficient. It was one of those moments–well, a few hours really–in which the words I was hearing resonated so soundly with what my head and my heart have been telling me all along that I could hardly contain my enthusiasm. I took pages and pages of notes, with countless scribbles in the margin along the lines of, “YESSSS!!! I KNEW it!” and “Learn more about this because it is so cool.”

Look at that pasture. *swoon* 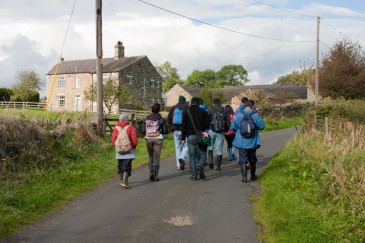 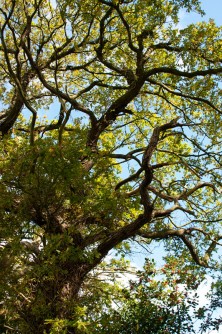 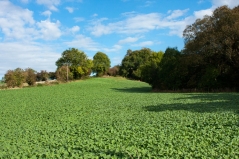 One of my favorite things about England is that moss grows everywhere here. 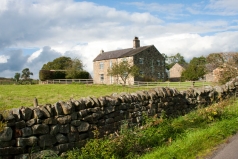 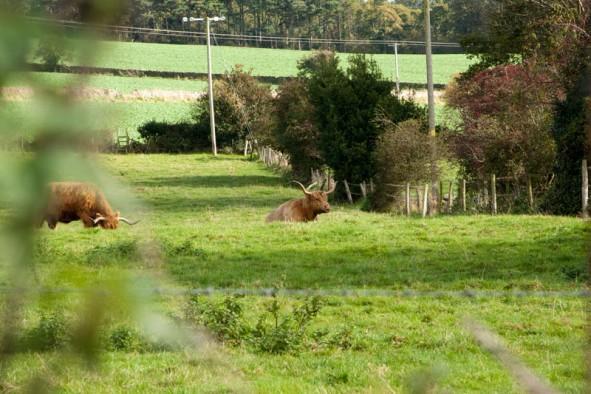 Scottish Highland Cattle are one of my favorite breeds. I will have some someday.

We talked about how subsidies always result in an increase in intensive production, and I immediately thought of corn in the United States. I mean, don’t get me wrong–I love corn on the cob. It’s like eating pure happiness. I’m even theoretically okay with the idea of finding sustainable ways to power vehicles with corn products. But corn subsidies are a monster that locks farmers into a zero-profit cycle that they can’t get out of, and now we have a surplus of corn that has to go somewhere. So where do we put it? In our cows, our fish (fish!!), our “chicken” nuggets, and our high-fructose corn syrup. Goodbye free market, hello diabetes. 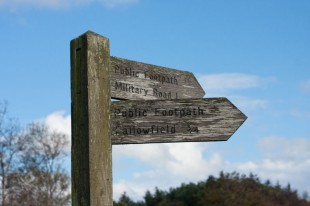 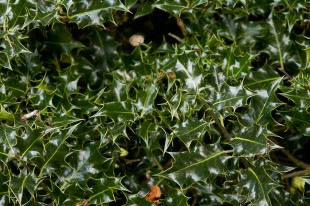 I looked for some ivy so I had an excuse to start singing Christmas songs, but alas, there was none. 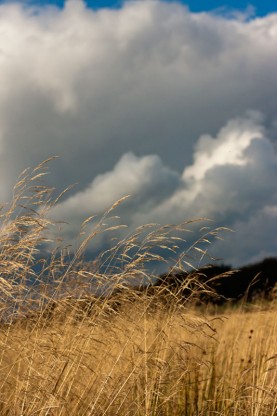 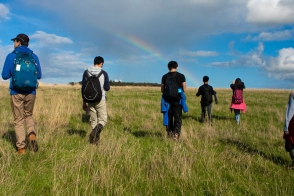 It was at this point that Carlo promised us that our destination (a quaint little tea house) was only another 2 kilometers or so on the other side of this enormous hill. 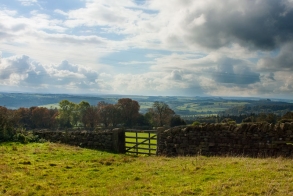 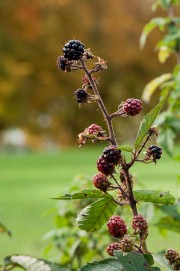 It wouldn’t be a rumble through the countryside without some wild blackberries to snack on. 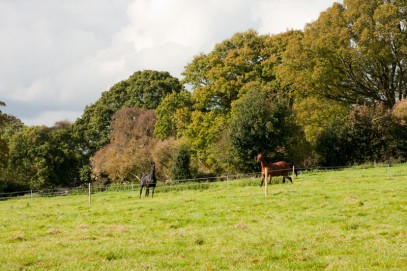 These two were very interested in getting a better look at us when we walked by. It was too bad there was another large pasture between them and the road.

Carlo also said, “We have this idea that we can continue to increase yields, but since 2000, none of the staple crops have shown major yield increases.” That means that now, instead of focusing on yield alone, we need to focus on yield robustness.

Also, this little tidbit made my anti-Monsanto heart give quite the fist pump: there is no evidence that GM crops have significant yield increases over non-GM crops. In fact, in most cases, there is a yield decrease. So much for “feeding the world” with GM crops, eh? 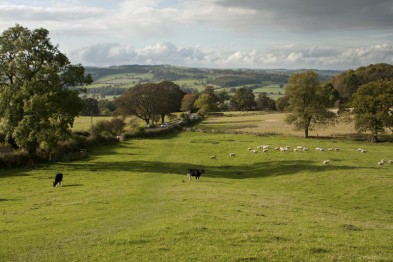 Ravi, Daryl, and I had a very intense discussion about which are more dangerous: cows or sharks. Feel free to weigh in on the subject.

It’s actually kind of unusual that these sheep have docked tails. Most of the sheep I’ve seen here don’t. 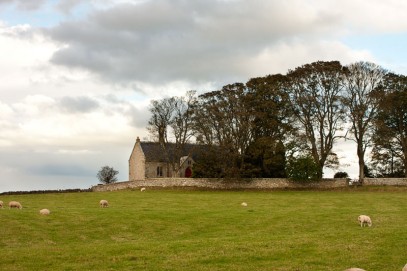 I thought this was a cottage at first, but it was actually a beautiful old church with a cemetery. It is completely surrounded by a pasture of sheep. 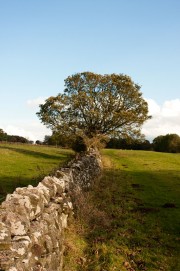 But perhaps my favorite part of the day (besides the post-lecture “rumble” through the countryside) was learning about Rudolf Steiner and the anthrosophic movement. While I don’t agree 100% with all of Steiner’s ideas, I do appreciate the link he saw between sustainable practices and spirituality–not just in farming, but in all areas of life. The concept of “holism” (natural processes function as an interconnected whole, rather than individual and independent parts) led to the creation of biodynamic farming, which I am very interested in learning more about. 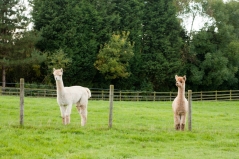 Most of the group hadn’t ever heard of alpacas before, much less seen them in person. It was fun to watch them try to wrap their minds around these strange, furry creatures–who seemed just as confused by us as we were by them. 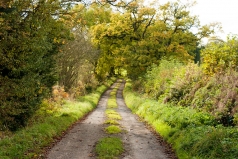 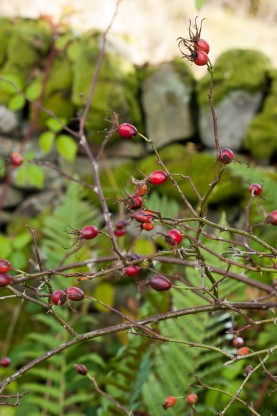 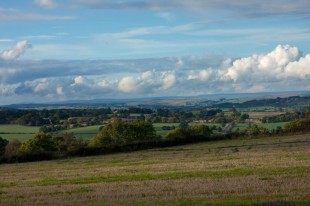 See that land way over there on the horizon? That’s Scotland. Still the closest I’ve been… 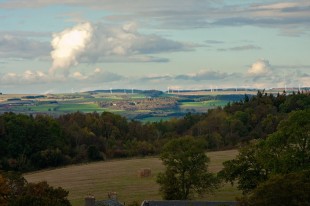 Judging by the number of windmills I’ve seen here, England is totally on board with the idea of renewable energy sources. Add it to the list of reasons I love it here.

After our lecture, we took a walk through the hills to a lovely little tea house. We saw lots of agriculture in action, and even made a stop at part of Hadrian’s Wall, which was built by the Romans to protect Britain from the “Scottish barbarians”. Even though there’s only a little bit of it left where we were hiking, Carlo told us that we probably saw more of it than we realized: as the wall decayed over time, people would reuse the stones in their own rock walls and gardens. Imagine having bits of your fence made out of rocks hewn from the earth 2,000 years ago! 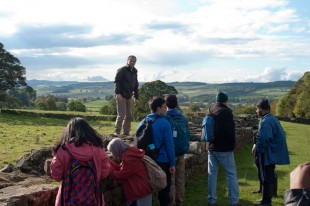 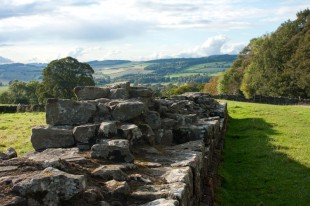 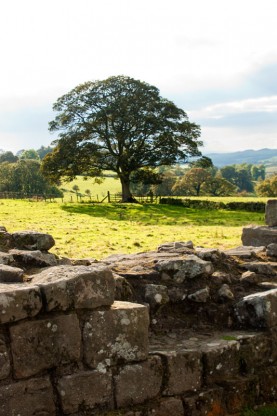 With two soggy field trips in as many weeks, it was really nice to have such beautiful weather for our adventure. England is an incredibly scenic country, and every time I see more of it, I fall deeper in love. 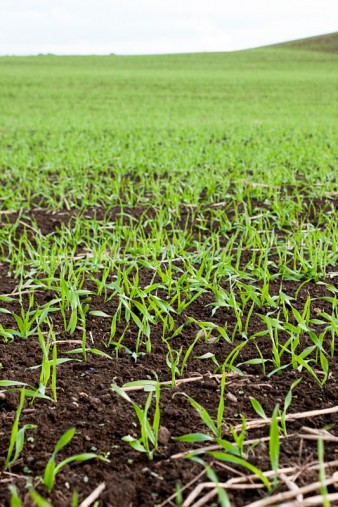 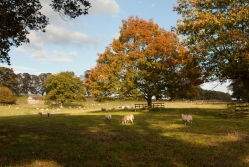 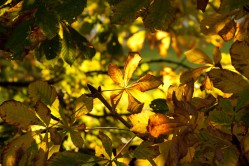 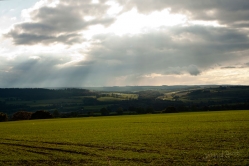 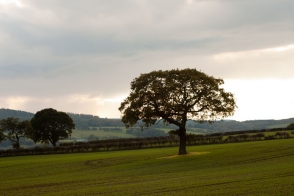 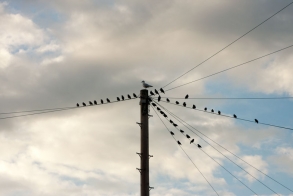 I may never leave.