Back when I was in high school, we lived near Lake Huron and the St. Clair River in Michigan. Every winter, we’d get a gazillion feet of snow. Every spring, we’d get another gazillion feet of snow. And every summer, we’d have an annual Tall Ship festival, where schooners, barquentines, and full-rigged ships would sail along the border between Canada and the thumb of the Michigan Mitten. They would stop along the river near the St. Clair Bridge and let visitors take tours below deck. I was enchanted, and while I’m not much of a sailor, I dream of owning a sailboat someday. 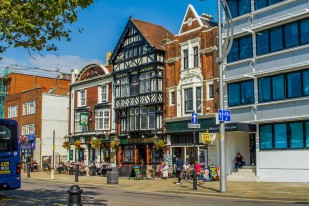 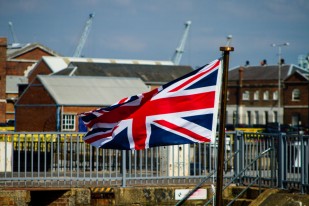 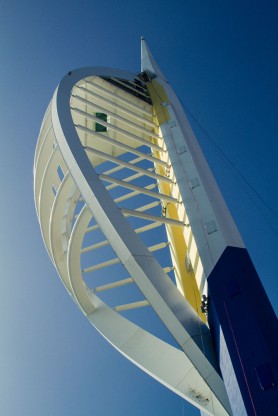 This tall observation tower was opened in 2005 as part of the restoration of Portsmouth Harbor. It is modeled after a ship’s sail to represent the maritime history of the town. (source)

Leslie and I left London on Wednesday morning and took a train down to Portsmouth on the southern coast of England. From there, we would take a ferry across the English Channel to France, but since our ferry didn’t depart until 6 in the evening, we had allllll day to explore Portsmouth.

Let’s just say it’s a good thing I like boats, because that’s pretty much all there is to see in Portsmouth. 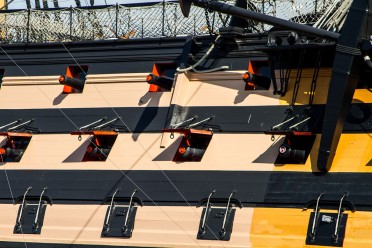 Portsmouth is home to the Portsmouth Historic Dockyards, where they have tall ships, military vessels, and museums to tour.

It also costs an arm and a leg and your first born child to get into, so we opted against it. However, it’s free to just walk around the docks, and if you’re not too worried about seeing the guts of a big boat, it’s still a pretty decent way to spend an hour or two.

There were small boats… 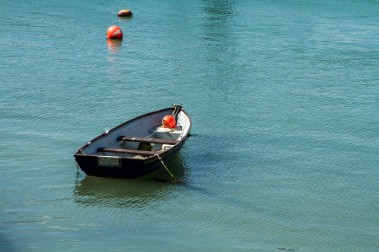 One of the museums appeared to have an option for children to “pilot” small remote control boats in a miniature harbor.

I think I read somewhere that this boat was used during the World Wars. I might be making that up.

And some very amusing statues and figureheads scattered about.

Doesn’t he look rather fetching in that cravat? 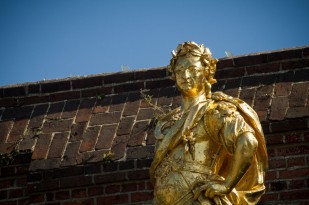 If I thought King George IV was exciting in his silver space suit, I had no idea how awe-inspiring a golden William III would be.

Uh, I hate to be the one to break it to you, Blackbeard, but your sword has gone missing…

Later, we would get to experience the inside of a boat for our very selves when we boarded the Bretagne, a ferry bound for St. Malo, France. We didn’t have a private berth, so we spent the night voyage in reclining seats with 50 snoring strangers. 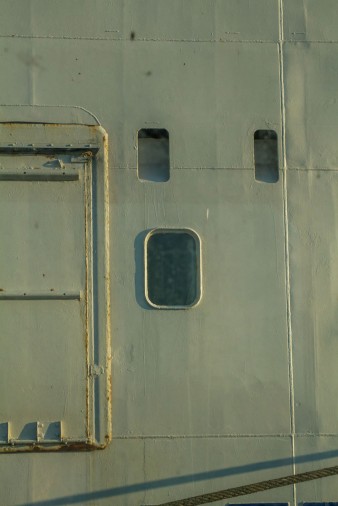 This ferry is either super shocked or super offended. Possibly both. 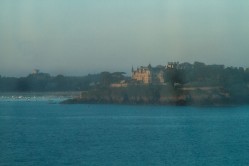 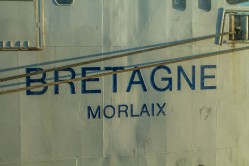 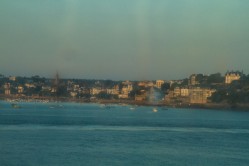 It’s kind of a strange sensation to go to sleep in one country and wake up in another—especially when you’re woken by an announcement over the PA that’s in French, and because you don’t speak French, you feel like you’re part of some surreal dream.

We would very quickly come to wish one of us did speak French, but that’s a story for another post…