Brett and I have been married for a year now, so I guess it’s high time that I share pictures from our honeymoon trip. Some very good friends of ours gave us a week in a timeshare in southern California as a wedding present, so the day after the wedding, we hopped on a plane and flew to LA. The resort was located in Indio, a small city in the heart of California’s Coachella Valley (which you might recognize if you’re a fan of the eclectic collection of artists and musicians that gather every year for the two week Coachella Vally Music and Arts Festival). Coachella Valley is also home to historical museums, thousands of acres of public land, world-famous art installations, and about a gazillion date plantations. There was definitely no shortage of things for us to explore. (I didn’t want to take my big camera and spend more time paying attention to my viewfinder than I did my new husband, so these pictures won’t be great. Maybe I’ll make it back there someday to get better pictures!) 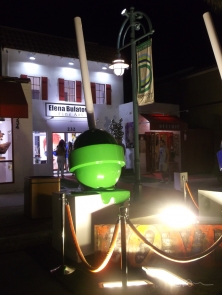 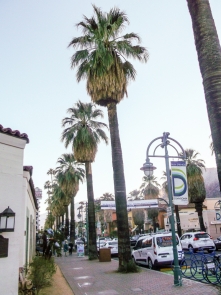 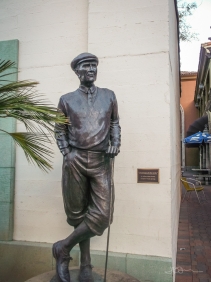 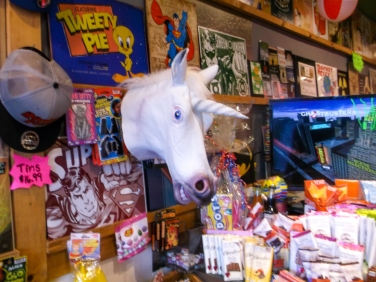 Our first adventure took us to Palm Springs, one of Coachella Valley’s best-known cities. It boasts a thriving arts scene, with lots of fun art galleries, eclectic novelty shops, and a population that loooooves mid-century modern architecture. We spent a day walking up and down the main drag, exploring the shops and debating the merits of the giant lollipop statues by artist Elena Bulatova. We also had fun spotting the stars for all sorts of famous people, much like Hollywood’s Walk of Fame. We spotted stars for Frank Sinatra, Barbara Sinatra, Harpo Marx, and others. It was like playing a giant game of hopscotch with celebrities.

We enjoyed Palm Springs so much that we headed back on  Thursday for the city’s weekly VillageFest, an evening street fair full of food, art, and music. I got a beautiful little hand-turned ceramic bowl from an independent artist whose name I have unfortunately forgotten. But this thing is gorgeous—the ceramic is paper thin, and the burnt umber glaze will always remind me of the red mountains surrounding the valley. 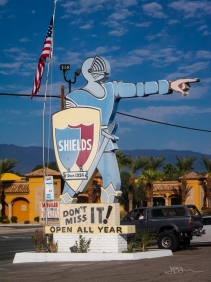 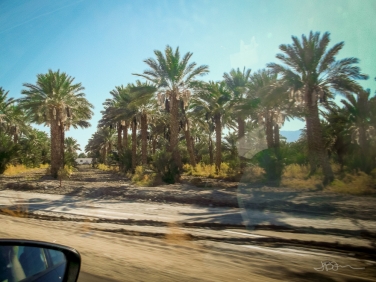 Besides the music festival and mid-century modern design, Coachella Valley is also world famous for its date palm cultivation. Ever the ag nerd, I was absolutely enchanted by our visit to Shield’s Date Garden, one of the oldest date plantations in the US. I was hoping to take a tour of their grounds, but they weren’t open the day we visited. 🙁 But they did have a mini-documentary about the history of date cultivation, which I found terribly fascinating and which you can actually watch below. Did you know that dates have to be pollinated by hand? Or that dates don’t all ripen at the same time, so farmers have to do multiple harvests? I was giddy with excitement over the whole experience. Brett could have cared less about the dates, but he was kind enough to indulge my obsession. 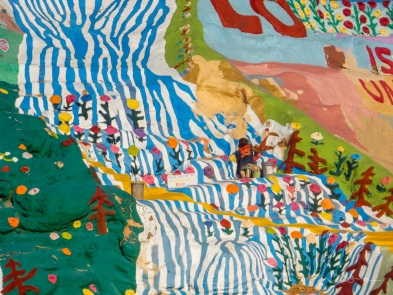 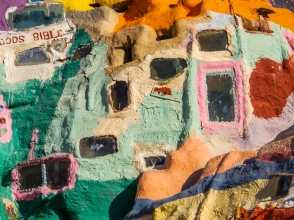 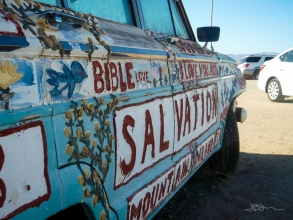 Salvation Mountain has been on my bucket list for years, so when I found out how close it was to our resort, I dragged Brett along for a drive into the desert to see it. The mountain is the work of artist Leonard Knight (1931-2014) from Burlington, VT. Knight was educated in a one-room school house, served in the army at the very end of the Korean War, and made a living teaching guitar lessons. After a religious awakening in 1967, Knight devoted himself to using art to share his beliefs. He moved to Slab City, CA, in 1984 and spent the next 28 years building his now-iconic mountain, topped with a cross and adorned with the painted words “God is Love.” Knight passed away in 2014, but care of the mountain continues at the hands of a group of dedicated volunteers.[1][2]

Brett was less than impressed. “That place was weird,” he said when it came up in conversation recently. But I loved it. I’ll admit that even for a Christian, the repetition of religious vocabulary and prayer painted everywhere you look was a bit much for me. But I really appreciated the work and creativity that went into its construction. There really is nothing quite like it anywhere else in the world. 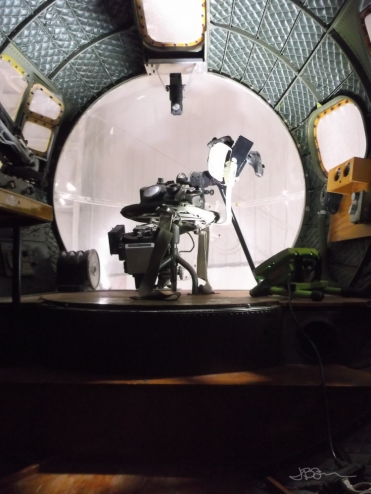 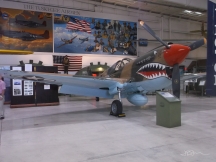 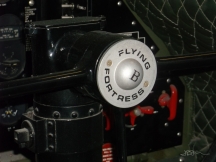 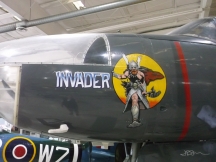 After Brett indulged my agriculture obsession and helped my check something off my apparently weird bucket list, it was only fair that I indulge his love of history with a visit to the Palm Springs Air Museum. (But is it really “indulging him” if I also enjoy things like that?) Coachella Valley apparently played a big role in World War II (more on that in a bit), and the Palm Springs Air Museum is home to aircraft from World War II, Korea, and Vietnam. All of the aircraft are in flying condition, and some can even be booked for private flights! (That was just a biiiiit outside our budget…) The docents were all veterans, and it was really neat to talk to them about their experience and expertise. We got to tour an A-26, for which Brett’s grandfather was a mechanic during the war. It was really neat for him to get to get a glimpse of what that was like. My favorite part of the visit was definitely watching Brett’s face light up every time he spotted something new. He was like a kid in a candy shop, and I loved it. 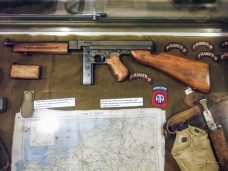 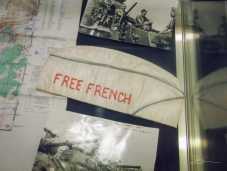 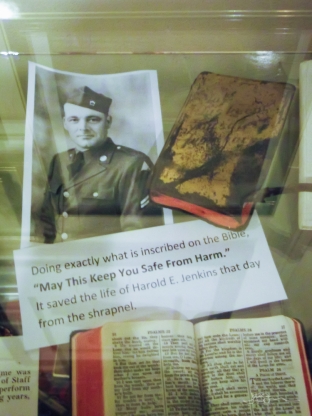 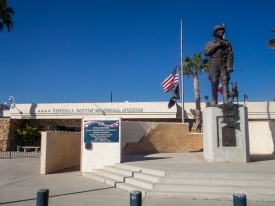 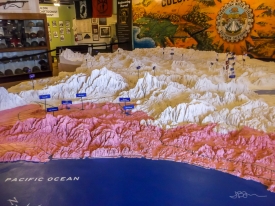 If I thought Brett was excited about the airplanes, I had no idea how much he would love the General Patton Museum. Patton is one of Brett’s historical heroes, and we really enjoyed learning more about him at this fabulous little museum out in the middle of nowhere. In preparation for World War II, the Army stationed Patton at the Desert Training Center, where he trained soldiers for combat in extremely harsh conditions. The museum’s website says,

Conditions were primitive—no barracks or running water. Winter temperatures could vary from 100 degree F at noon to below freezing at night. Summer temperatures could reach 130 degree F in the shade and could average 150-160 degree F inside the tanks. The perils of flash floods, sand storms, snakes and scorpions would further push soldiers to their limits of endurance.

But I’m glad there’s a really cool museum there, because I learned a lot about Patton, World War II, and the men who fought. It’s a bit out of the way, but it’s well worth the drive to visit.

There is so much to do in the Coachella Valley that we could have spent another week there and still not see everything. Here are a few more places we might have visited if we’d had more time:

What are your favorite things to see and do in Coachella Valley?